Many of you have read my blog series on adoption. If you haven’t you can read it here. One of the reasons for my choice to place my daughter for adoption was because of my current family situation. When I got pregnant with my daughter I was a single mom of a two year old. He turned three a few months after she was born.

My relationship with his dad was not always what it is now. At the time, I had little hope for it ever being anything cordial. We got pregnant purely by accident a year and a half after I graduated high school. I was 19 and attending a local community college, he was 20 and was in school at one of the local universities. Our relationship was never what I would call ideal. We both were young and had different expectations for the relationship. Our communication was awful. So when I was in the second trimester, we broke up.

The next two years were awful. Having a child at 19, I had no idea what I was doing. I wanted to be 19. It took me along time to figure out that being a parent meant I couldn’t act my age anymore. His dad and I fought constantly. I wanted him to be the model father, but that wasn’t fair, because I certainly wasn’t (and I’m still not there.) We both had our struggles with growing up. In a perfect world all parents would be ready and capable, but that isn’t always the case.

When Marcus was probably 8 months old, we had a huge fight. I took out a restraining order and filled for sole custody. That was ridiculously, excessive and I wish I had seen that back then. We went to court and the judge gave his dad every other weekend and an extra day in the middle of the off weeks. I got the other 11 days, every two weeks. Marcus’ dad and I rarely talked because when we did, all we did was fight. For the first two years we communicated as little as possible.

When Marcus was two and a half his dad met Ashley. Ashley had a son that was a month older than Marcus. They started dating and I found out a few months after the fact. I. Was. Furious. Here I was, thinking how on earth he could let his girlfriend meet my child and not tell me about it. But to be completely honest, I had done the same thing so, I had no right to be mad.

Fast forward three ish years, Marcus was 5. His dad and Ashley had been together a long time, at this point and Marcus now had a sister. They asked for more time with Marcus. I told them no. I didn’t see any reason why they deserved to have him more. But deep down, I knew I was wrong. I asked several people close to me, who I trusted and even a moms group (don’t laugh, I know what you’re thinking.) After thinking long and hard, and compiling all the information and advice I received, I realized my reservations were 100% about ME and what I wanted and what was best for ME. The problem with that, is that it didn’t matter what was best for me. What mattered was what was best for Marcus. It took me a while to come to terms with that. I don’t think any good parent WANTS to give up primary or sole custody of their child. But the truth of the matter is, unless there are extenuating circumstances like abuse, neglect, illegal activity, etc. what’s best for the child is to share time with both parents and all siblings equally. 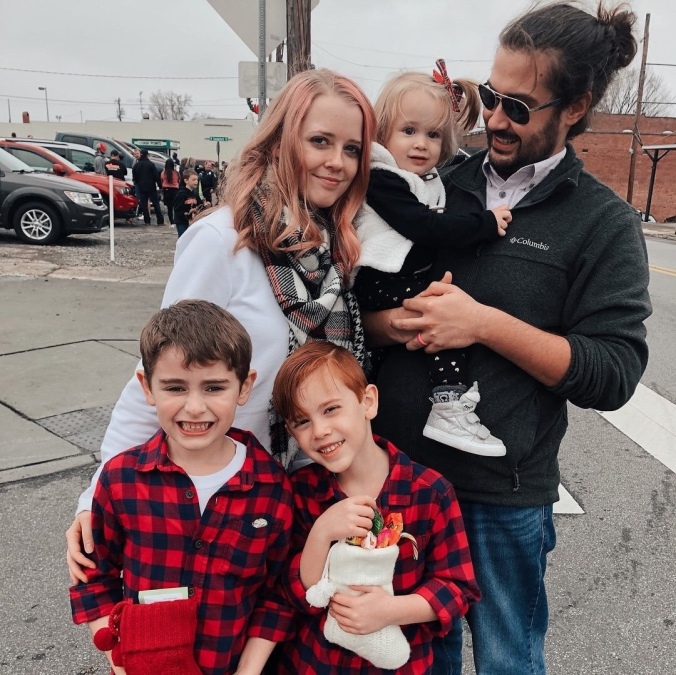 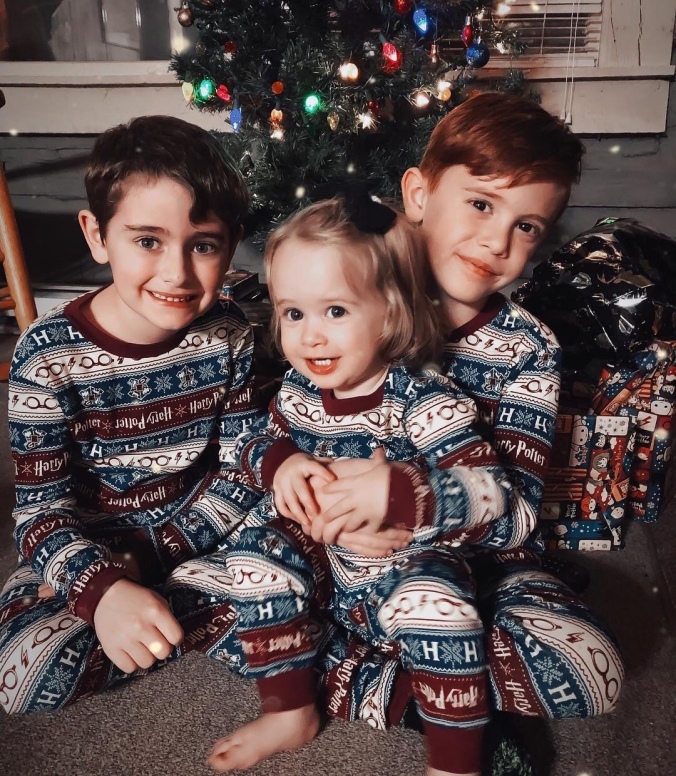 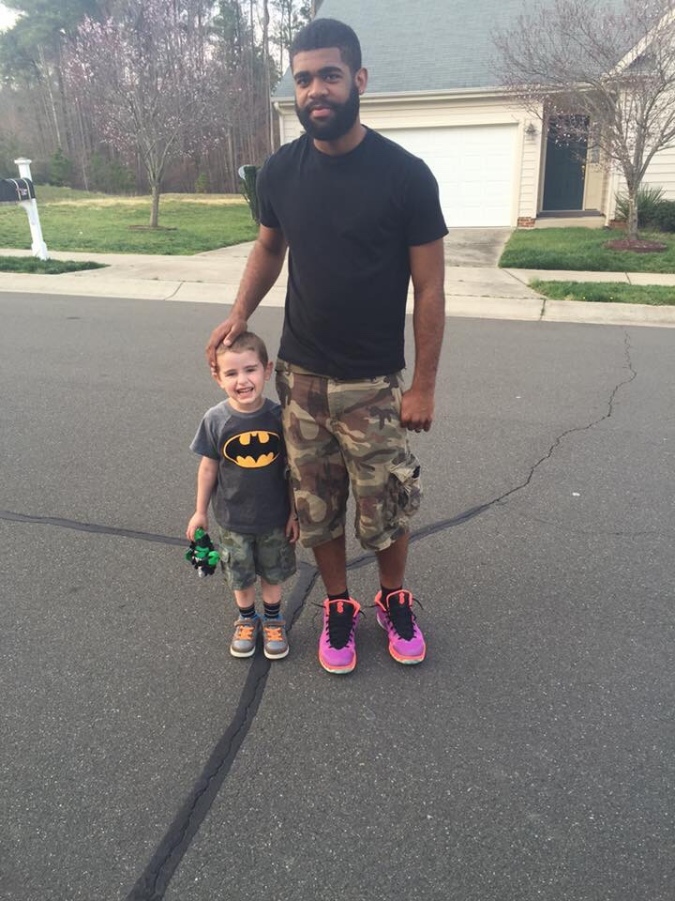 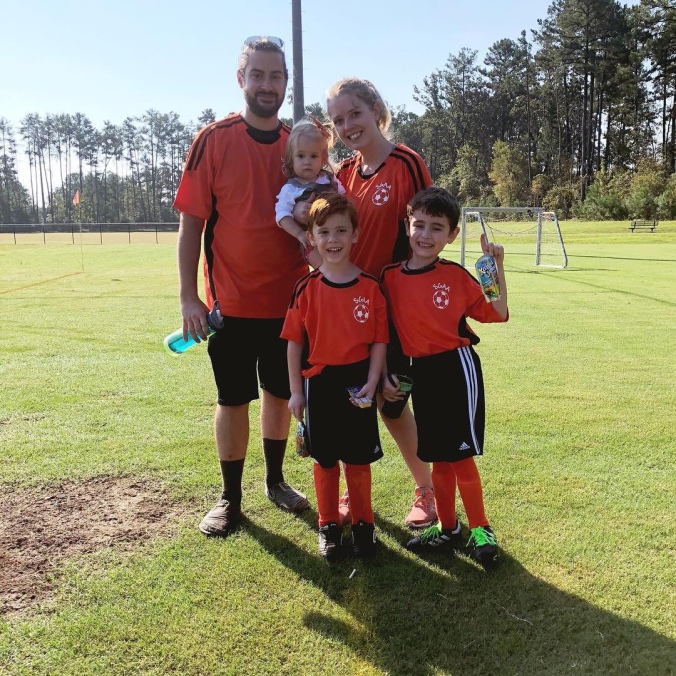 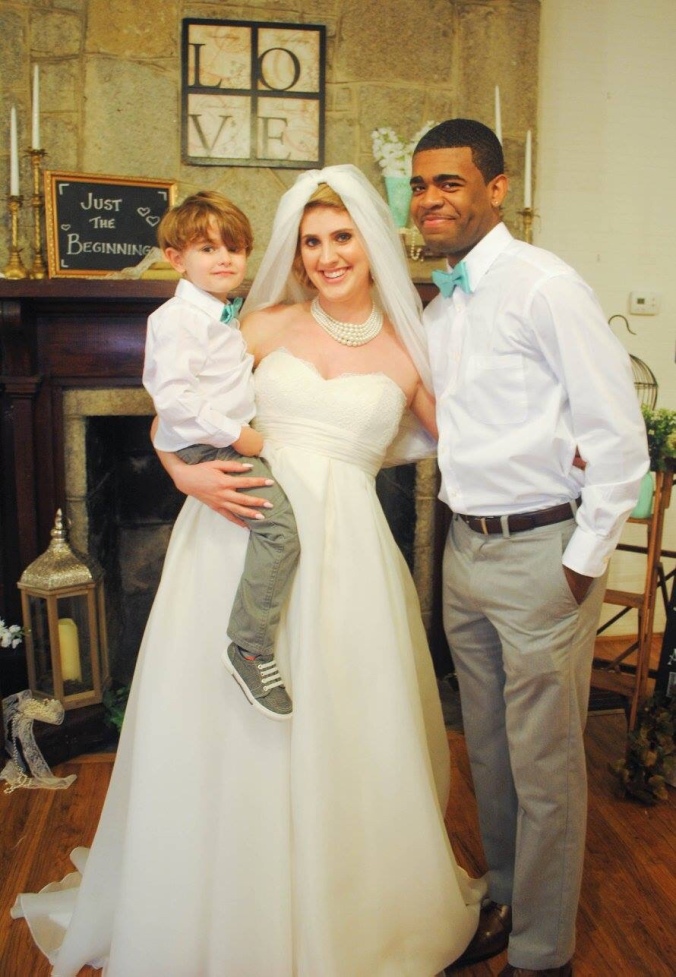 So in December of 2017 we started a week/week schedule. On Mondays I met Ashley at a halfway point and we switched off. They had Marcus one week and I had Marcus the next. It was a difficult transition for all of us. I had never been away from Marcus for that long before. But after just a month of the new schedule, you could tell there was a positive change in Marcus. He was much happier, and he didn’t feel the tension between us. He didn’t feel like he was torn between two families and two homes.

It’s been a year and a half since we made the change. Making that change and getting over my pride and what I wanted was the best decision I have ever made for Marcus and in turn, the best decision for all of us.

Now, I wish it was as easy as stopping there but it isn’t. There is so much Kenny, (his dad) Ashley, (his stepmom) Tim, (his stepdad) and I do on a daily basis to make our coparenting relationship work. I’ll be completely honest, It’s not all rainbows and roses all the time. I do get frustrated and annoyed with them at times. They get frustrated and annoyed with me at times. But we work at it and we put our kids first. How do we do that?

1. We communicate. One of the biggest parts of coparenting is communication. If we do not communicate then something gets forgotten, overlooked, or we aren’t on the same page, which leads to confrontation. This is true of any relationship, but especially crucial in a coparenting situation.

2. We are consistent. We try our best to have as many consistencies as possible between houses. This is not always possible and not everything is the exact same but for the most part we try to be consistent with rules, discipline and expectations.

For example: Marcus says, “Ashley told me I didn’t have to read for my homework.” What Ashley really said was, “You can do your reading after dinner/before bed.” to which I say, “Ashley did not tell you it doesn’t have to be done, she said it can be done after dinner. We are going to do it right now so that you have time to play later.”

4. We do not compete. This is a big one. And something I hear causing problems in lots of coparenting relationships. I do NOT spend my time making it seem as thought Ashley is less of a mother to Marcus than I am. I do NOT spend my time making it seem as though Tim is more of a father than Kenny. We all have different strengths and qualities to contribute to the wellbeing, success and love Marcus has/gets. Kenny and Ashley are JUST as important to Marcus and important in his life as Tim and I are. Ashley is just as much of a mother to Marcus as I am. If you’re caught up on competing with the other parent(s) you need to stop, and get over yourself. What’s best for your child is to have loving parents that invest their time in their children be it, mom, stepmom, dad or stepdad. It doesn’t matter. Love is love. Time is time. As long as your child is getting the love, time, and attention they need, you have nothing to worry about.

5. We discuss decisions. This is probably one of the most impactful areas in our success with coparenting and one of the most odd to bystanders. We discuss everything. From decision making, sports, school, behavior and schedules. We discuss it all. Now do not get me wrong, we do not agree on everything by any means. BUT we talk about everything and we look at every decision with the understanding that we are doing what is best for Marcus. That doesn’t always mean getting our way or being right. That’s probably the hardest part, setting aside your pride. It has been extremely difficult for me and still is at times but setting aside my pride has made a huge impact on all four of us and our ability to coparent in an effective way that benefits Marcus and therefore benefits us all.

6. We respect each other. It is impossible to have a good coparenting relationship if there is not mutual respect. Like I mentioned earlier, you won’t always agree but being able to acknowledge that and respectfully discuss and communicate is the key to making decisions, and moving past any disagreements you may have. There will be plenty of disagreements. I don’t agree with my husband on everything and we share a household, much more so when you have a child growing up in two households. There will be plenty differences in opinion.

7. We view ourselves as one family. This is one area that not even our immediate families are on board with or understand. Marcus should never feel like he has one life when he is with his dad and another life when he is with me. Marcus has 4 siblings. Not one step brother, a half sister and two half brothers. Marcus has two moms and two dads. We all participate in all family activities we are able. Marcus’ step bother and half sister are not just his siblings when he is with them, but at our house as well. We try our best to treat Marcus’ siblings like they are just as much family as they are his. Why? Because a child should never have feel like they have two families, two sides, two homes. They should not have to grow up feeling that way because your relationship, for whatever reason, did not last. They should feel as if they have one big family that loves and cares for them.

I hope that was helpful and brought some perspective as to how our coparenting relationship works and how we have made it a “well oiled unit,” so to speak. Every family is different and this is what works for us but mainly what works for the success and well being of Marcus, which is the ultimate goal.